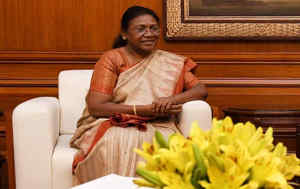 President Draupadi Murmu visited the famous Char Dham temple in Namchi district on the last day of her two-day visit to Sikkim . He also visited the stalls put up by various self-help groups and women entrepreneurs in the temple premises.

2. Ministry of Tourism will participate in the World Travel Mart to be held in London from 7th to 9th November 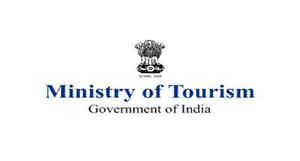 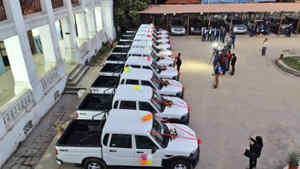 India has gifted 200 vehicles to Nepal for the parliamentary and state assembly elections to be held on November 20 in Nepal . The vehicles handed over by India have reached Nepal via Raxaul Virganj. In these vehicles, 120 vehicles have been handed over to the security forces and 80 vehicles for the Election Commission of Nepal. Indian Ambassador to Nepal Naveen Srivastava handed over the form of 200 vehicles from India to Nepal’s Finance Minister Janardan Sharma recently.

4. Five days conference of Army Commanders to be held in New Delhi from Monday 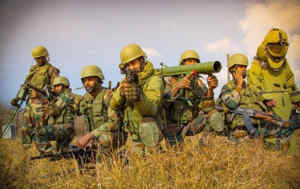 The five-day conference of Army Commanders will be held in New Delhi from Monday . It will consider the current and emerging security and administrative aspects and future strategies for the Indian Army. This high-level biannual event is an institutional forum for discussion and decision making of important policy decisions for the Indian Army. It is also a formal forum for the senior leadership of the Indian Army to interact with senior officials from the Department of Military Affairs and Defense. Defense Minister Rajnath Singh will address the conference on Thursday, 10 November. The Chief of Defense Staff and the Chiefs of the Navy and Air Force will also address the conference. 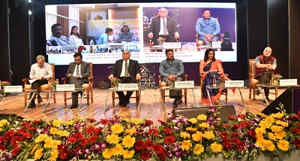 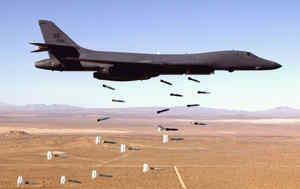 South Korea’s Defense Ministry said that the US USB-1B bomber aircraft will be involved on the last day of the ongoing joint air exercise with the US – ‘Vigilant Storm’. On Monday, the two countries began their biggest joint exercise since North Korea’s missile launches. The US and South Korea have warned that North Korea may conduct nuclear tests after repeated missile launches. 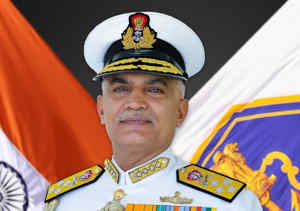 Chief of the Naval Staff (CNS) Admiral R Hari Kumar is on an official visit to Japan from 05 to 09 November 2022 where he will witness the International Fleet Review (IFR) conducted by the Japan Maritime Self Defense Force (JMSDF) on 06 Nov 22 at Yokosuka. The event is being organized to commemorate the 70th anniversary of the formation of the Japan Maritime Self-Defense Force . During the visit, as an Observer Navy representative of the Western Pacific Naval Symposium (WPNS) , the Chief of Naval Staff at the 18th WPNS at Yokohama from 07-08 November 2022.which is being hosted by Japan as the current Chairman of WPNS. Apart from representing India and the Indian Navy during IFR and WPNS, he will also be present for the inauguration of the 2022 edition of Exercise Malabar to be held at Yokosuka with the participation of Australia, Japan and USA. This year marks the 30th anniversary of the Malabar exercise since its inception in 1992 . Indian Naval Ships Shivalik and Kamorta also reached Yokosuka, Japan on 02 November 2022 to participate in IFR and Exercise Malabar – 2022. 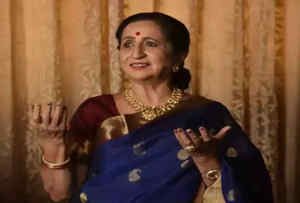 Renowned Carnatic singer, composer and speaker Aruna Sairam has been honored with the Chevalier de l’Ordre des Arts et des Prizes , the highest honor of the French government . Aruna Sairam has been selected for this award not only for her singing skills but also for her contribution to the development of Indo-French relations. Aruna Sairam is the recipient of several awards including Padma Shri by the Central Government and Sangeet Kalanidhi by the Sangeet Akademi. She was also selected as the Vice President of Sangeet Natak Akademi. Apart from this, she is also the recipient of Kalaimamani Award from Government of Tamil Nadu and Kalidas Samman Award of Madhya Pradesh. Aruna Sairam has also received the US Congressional Award of Excellence and has also been appreciated by the Mayors of New York City and San Diego City. 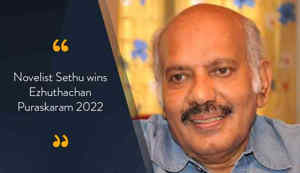 Noted Malayalam novelist Sethu (A. Sethumadhavan) has been honored with the prestigious Ezhuthachan Award for the year 2022 . It is the highest literary award of the Kerala Sahitya Akademi and is given for lifelong contribution to literature. He focused on modernizing literature by standing beyond the definitions of movements and trends. In addition, he was the recipient of several awards including the Kendra Sahitya Akademi and the Kerala Sahitya Akademi Awards, his famous works include Pandavapuram, Kaimudrakal, Adayalangal, Kiratham, Aramathe Penkutty and Kilimozhikalkapppuram. Many of his works have been translated into various Indian and foreign languages ​​and have inspired many films.

10. Vishal Kapoor to be the new CEO of EESL 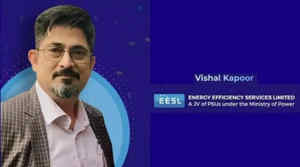 Energy Efficiency Services Limited (EESL) has announced the appointment of Vishal Kapoor as its Chief Executive Officer (CEO) . Earlier, Kapoor completed his tenure as Joint Secretary in the Ministry of Power. 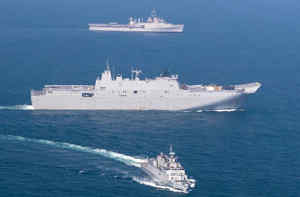 12. CMIE: Unemployment rises to 7.8 percent due to decline in rural employment 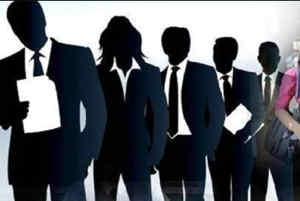 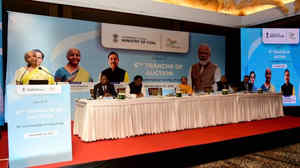 Inaugurating the sixth round of coal mine auctions of the Ministry of Coal in New Delhi , the Finance Minister highlighted that India is currently the best investment destination in the world. The Minister said that due to the policy consistency and transparent process of the present government, the import of coal for the power sector has come down by 41%. The Finance Minister said that twelve states would benefit directly from the auction of 141 coal mines. The Finance Ministry has given an incentive of Rs 250 crore for the exploration process, Rs 6000 crore for gasification of coal . During the biggest ever auction, 141 mines across eleven states were auctioned . 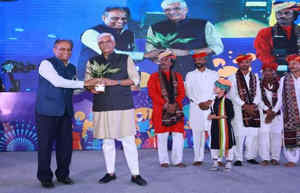 National Mission for Clean Ganga (NMCG) organized Ganga Utsav – Nadi Mahotsav 2022 in two sessions on 4th November in New Delhi. Union Minister of Culture, Tourism and Donor Shri G. Kishan Reddy was the chief guest in the morning session. Taking inspiration from Prime Minister Shri Narendra Modi ‘s speech on 26 September 2021 , the main objective of Ganga Utsav – Nadi Mahotsav 2022 is to celebrate all the rivers (River Utsav) of India. NMCG has been celebrating Ganga Utsav on 4th November every year since 2017 , on the same day in the year 2008 when river Ganga was declared as the National River of India . Ganga Utsav 2022 is dedicated to the Amrit Mahotsav of Independence. 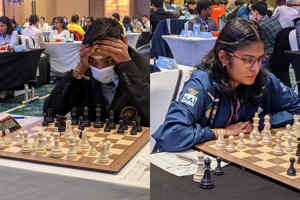 Top seed Indian Grandmaster R Pragyananda and his compatriot PV Nandhidha won the Open and women ‘s titles respectively at the Asian Continental Chess Tournament in New Delhi . Pragyanananda finished on top with seven points in the ninth and final round after a 63-move draw with compatriot B Adhiban. The 17-year-old from Chennai maintained a half-point lead over the other players before the final round. In the women’s section, Grandmaster Nandhidha won the title with 7.5 points after playing a draw with Divya Deshmukh in the ninth round. The Tamil Nadu player was unbeaten in nine rounds and won six games during this period. 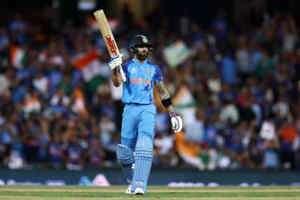 Virat Kohli , who is considered the run machine of Team India, has created history in the T20 World Cup . In the ongoing World Cup, he has achieved a new position in the match against Bangladesh . Virat Kohli has surpassed former Sri Lankan captain Mahela Jayawardene in terms of highest run-scorer in the T20 World Cup . Earlier, Sri Lankan batsman Mahela Jayawardene had the highest 1016 in T20 World Cup.There was a run. This former captain of Team India has so far opened 113 T20 matches for India. Kohli made his debut in 2010 in the shortest format of the game, T20. Although his first T20 World Cup was in the year 2012. After this tournament, he was the highest run-scorer in the next edition. He had the second highest number of runs in the 2016 T20 World Cup. Kohli was adjudged the Player of the Tournament in the 2014 and 2016 editions. He is the only male player to win this title twice. Apart from this, he has also won the most six player of the match titles in the T20 World Cup.

Kerala will host the Track Asia Cup 2022 , one of cycling ‘s biggest tournaments . The LNCPE Outdoor Velodrome is all set for the tournament to be held from November 25 to 28 . Around 200 competitors from more than 25 countries in Asia will take part in the competition. For the first time this competition is being organized outside Delhi. It is also the selection tournament of Asian countries for the 2024 Paris Olympics. Players from countries like China, Japan, Korea, Kazakhstan will be the main attraction of the tournament. The Track Asia Cup Cycling 2022 has been recognized by the Asian Cycling Confederation and the Cycling Federation of India. The Kerala Cycling Association said in a release that due to the scorching heat, efforts are being made to organize the events under floodlights. 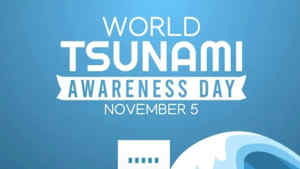 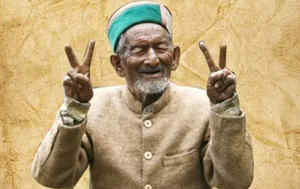 The country’s first voter , Master Shyam Sharan Negi , aged 106 , passed away after a prolonged illness. He was a resident of Kalpa in Kinnaur , Himachal Pradesh . Kinnaur District Commissioner Abid Hussain Sadiq confirmed his death. He said that the last rites of Shri Negi would be performed with full respect by the district administration. Shri Negi had exercised his franchise through postal ballot three days ago for the Himachal Pradesh Assembly elections . Shyam Saran Negi exercised his franchise 34 times .