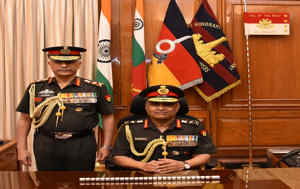 General Manoj Pandey took over as the new Chief of Army Staff. He has replaced General Manoj Mukund Naravane . General Pandey is the 29th Army Chief and the first officer from the Engineering Corps to get this opportunity. An alumnus of the National Defense Academy, General Pandey was inducted into the Corps of Engineers in December 1982. Lt Gen Manoj Pandey commanded an engineer regiment during Operation Parakram in Pallanwala sector along the Line of Control in Jammu and Kashmir. During his 39-year tenure, General Pandey commanded an engineer brigade in the western theatre, an infantry brigade along the Line of Control, a mountain division in the Ladakh sector and a corps in the northeast. Lt Gen Pandey was the Commander-in-Chief of the Andaman and Nicobar Command before taking over as the Eastern Command. 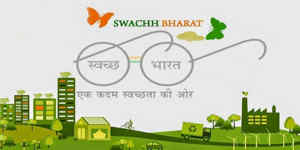 Swachh Bharat Mission-Urban 2.0 (SBM-U 2.0) to strengthen the ongoing mass movement for ‘ Garbage Free Cities ‘ (BCC) ‘ National Behavior Change Communication Framework for Garbage Free Cities’‘ Launched. The BCC Framework for Garbage Free Cities will serve as a guiding document and blueprint for states and cities to conduct intensive and focused inter-personal communication campaigns as well as large-scale multimedia campaigns. The framework focuses on intensifying campaigns on topics such as segregation, collection, transportation and processing of waste at source, plastic waste management and dump site treatment to transform India’s urban landscape. SBM-U 2.0, announced in Budget 2021-22, is a continuation of the first phase of SBM-U. It was launched on 1 October 2021 to achieve the vision of ‘Waste Free Cities’ in the next five years. The government is also making efforts to ensure safe effluent from toilets, disposal of faecal sludge and use of septage. it 1. To be implemented over five years from 2021 to 2026 with an outlay of Rs 41 lakh crore. The first phase of SBM-U was launched on October 2, 2014 with an objective to make urban India Open Defecation Free (ODF) and 100% scientific management of municipal solid waste which lasted till October 2019. 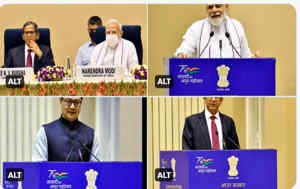 4.Consideration to include Hatti community of Himachal Pradesh in the list of Scheduled Tribes 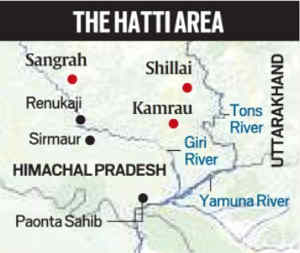 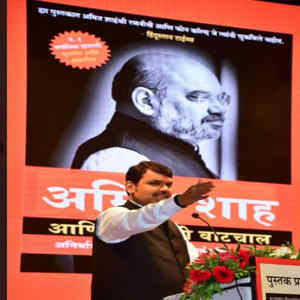 Former Maharashtra Chief Minister Devendra Fadnavis released a Marathi book on Amit Shah , Union Home Minister . The title of this book is Amit Shah Ani Bhajapachi Vatchal , which is a Marathi version of the book ” Amit Shah and The March of BPJ “. This book is published by Bloomsbury India. The book was originally written by Dr. Anirban Ganguly and Shivanand Dwivedi It was written and translated into Marathi by Dr. Jyostna Kolhatkar. This book documents the life and political journey of Amit Shah and details his contribution in making the BJP the largest political organization in the world.

6.Vijay Sampla appointed chairman of NCSC for the second time 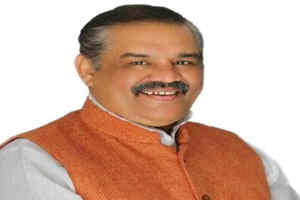 BJP leader and former Union Minister Vijay Sampla has been appointed as the chairman of the National Commission for Scheduled Castes (NCSC) for the second time . Sampla had resigned from the post of NCSC president before the Punjab elections and contested the elections. The official order for his appointment was issued by President Ram Nath Kovind. 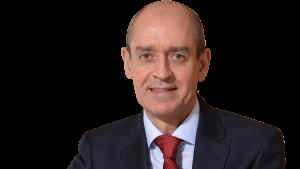 Generali Asia has appointed Bruce De Broise as MD and CEO of Future Generali India Life Insurance (FGILI) . He took over from Meeranjit Mukherjee, who served as interim CEO from September 2021. He was the regional head of distribution for Generali Asia based in Hong Kong for more than five years. In March, Generali became the majority shareholder of the life insurance joint venture of India after obtaining all regulatory approvals. 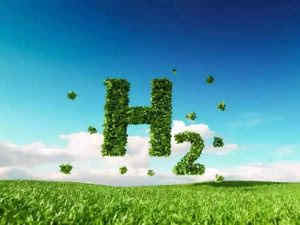 Larsen & Toubro (L&T) has signed an agreement with the Indian Institute of Technology (IIT) Bombay to jointly pursue research and development work in the green hydrogen value chain . Under the agreement, both the institutes will contribute to the development of green hydrogen industry in India by developing technology in this area. Hydrogen produced through electrolysis process using renewable energy is known as green hydrogen which does not contain traces of carbon. 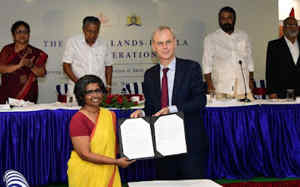 Kerala and Netherlands have signed an MoU for the project ‘ Cosmos Malabaricus ‘. This study will contribute to a better understanding of the history of Kerala in the 18th century . The state of Kerala will also collaborate with the Netherlands for setting up paint academies in Malappuram and Kollam. The agreements were signed in the presence of Kerala Chief Minister Pinarayi Vijayan and Dutch Ambassador to India Maarten van den Bergh. The Kerala Council for Historical Research (KCHR) is executing this project. It is part of the Department of Higher Education, Leiden University and the National Archives of the Netherlands, the project will take six years to complete. 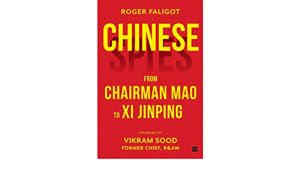 HarperCollins India has published a new book titled Chinese Spies: From Chairman Mao to Xi Jinping , written by French journalist Roger Faligot and translated by author, editor and translator Natasha Lehr . The foreword to the book has been written by Vikram Sood, former chief of India’s foreign intelligence agency Research and Analysis Wing (R&AW). The book ‘Chinese Spices’ was originally published in French in the year 2008 and later translated into English after the updated fourth edition by Natasha Lehr.

India Pharma Awards 2022 and India Medical Device Awards 2022 were presented by Bhagwant Khuba , Minister of State, Ministry of Chemicals and Fertilizers . The awards were given during the seventh edition of India Pharma and Indian Medical Device 2022, which was organized by Federation of Indian Chambers of Commerce and Industry (FICCI) and Department of Pharmaceuticals . Awards were given to companies from various industries in the field of medical and pharmaceutical equipment- 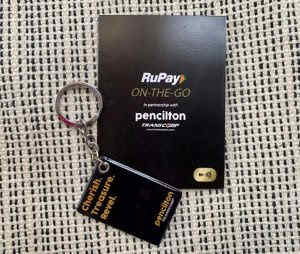 ‘ Pencilton ‘ is a teen-focused fintech startup. It has launched PencilKey in partnership with National Payments Corporation of India (NCMC) and Transcorp . It is a National Common Mobility Card (NCMC) compliant RuPay contactless key-chain . Users can activate and manage their PencilKey through the Pencilton App, which can be used to load money, check expenses, block/unblock an account, set limits, etc. is also done.

14.Vinod Rai writes a new book titled “Not Just a Nightwatchman: My Innings in the BCCI” 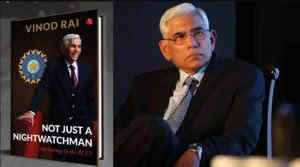 Former (11th) Comptroller and Auditor General (CAG) of India and Padma Bhushan Vinod Rai has written a new book titled ” Not Just A Nightwatchman: My Innings in the BCC “. The book depicts his 33-month tenure as the chairman of the Supreme Court -appointed Committee of Administrators (CoA) of the Board of Control for Cricket in India (BCCI) . This book is published by Roopa Publications India Pvt Ltd. He was awarded the Padma Bhushan in the year 2016 for his civil service. He was appointed as the first Chairman of the Banks Board Bureau (BBB) ​​in the year 2016 . 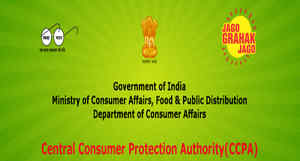 The Central Consumer Protection Authority has issued advisory to e-commerce entities to check illegal sale and availability of wireless jammers . The Ministry of Consumer Affairs has stated that the use of any wireless equipment without a license is illegal under the Indian Telegraph Act or the Indian Wireless Telegraphy Act. The Ministry has said that the use of jammers can be permitted only in exceptional circumstances as per the guidelines of the Central Government. 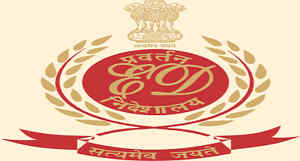 Enforcement Directorate-ED has attached assets worth Rs 5,551 crore of Xiaomi Technology India Pvt Ltd under Foreign Transaction Management Act . Xiaomi India is a subsidiary of the Chinese company Xiaomi Group . The ED has taken this action in connection with illegal transactions by the company in February this year. Xiaomi India has the responsibility of trading and distributing Mi brand mobile phones in India. Xiaomi India procures and distributes fully-fledged mobile phones and other products from Indian manufacturers. 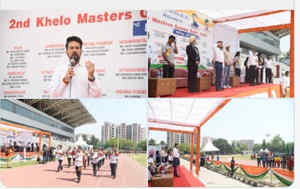 Youth Affairs and Sports Minister Anurag Singh Thakur inaugurated the 2nd Khelo Masters Games Delhi-2022 at Thyagaraj Stadium , New Delhi . This competition is going to be organized in Delhi from 30 April to 3 May under the aegis of Khelo Masters Games Foundation of India. The Khelo India, Fit India campaign is motivating youth to promote sports under the leadership of Prime Minister of India, Narendra Modi. In this sequence, Khelo Masters game has also been organized for the elderly players. Former National, International and Olympian players will participate in this.

India’s PV Sindhu won the second Asian Bronze medal at the Asia Badminton Championships in Manila . She was defeated by the defending champion and top seed Akane Yamaguchi of Japan . Sindhu, a two-time Olympic medalist and former world champion, dominated the game with a 21-13 lead in the opening round and 13-11 in the second round. 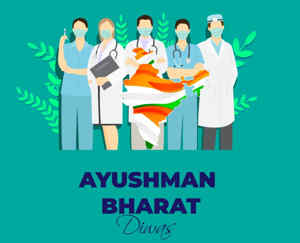 Ayushman Bharat Day on 30 April every year in Indiais organized. The primary objective of organizing this day is to promote affordable medical facilities in remote areas of the country. Along with this, the day also emphasizes on providing health benefits and insurance cover to the underprivileged and poor sections of the society. Ayushman Bharat scheme was launched by Prime Minister Narendra Modi in the year 2018 to provide health benefits to crores of Indians who are not able to get medical facilities. It is a flagship scheme of the Government of India, which was launched based on the recommendations made under the National Health Policy (2017) with the aim of achieving the goal of Universal Health Coverage (UHC). This initiative has been launched to underline India’s commitment towards meeting the Sustainable Development Goals (SDGs). The objective of this scheme is to provide primary, Promote significant changes in the health care system at all secondary and tertiary levels and ensure public access to the health system. Pradhan Mantri Jan Arogya Yojana (PMJAY) is a major component of Ayushman Bharat Yojana, which was launched on 23 September 2018 in Ranchi. Although there has been no significant change in India’s health infrastructure at the grassroots level despite the formulation of plans and the pandemic has exposed this fact well. 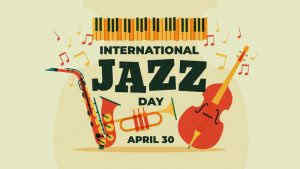 International Jazz Day is celebrated across the world on 30 April every year . The day is celebrated to promote jazz and to raise awareness about its importance. According to the United Nations, jazz is recognized for promoting peace, establishing dialogue between cultures. The theme of International Jazz Day 2022 is A Call for Global Peace and Unity . It focuses on the importance of unity and peace through dialogue and diplomacy. 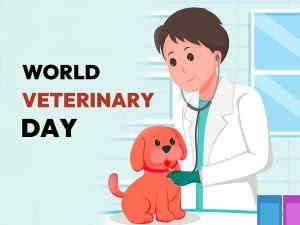